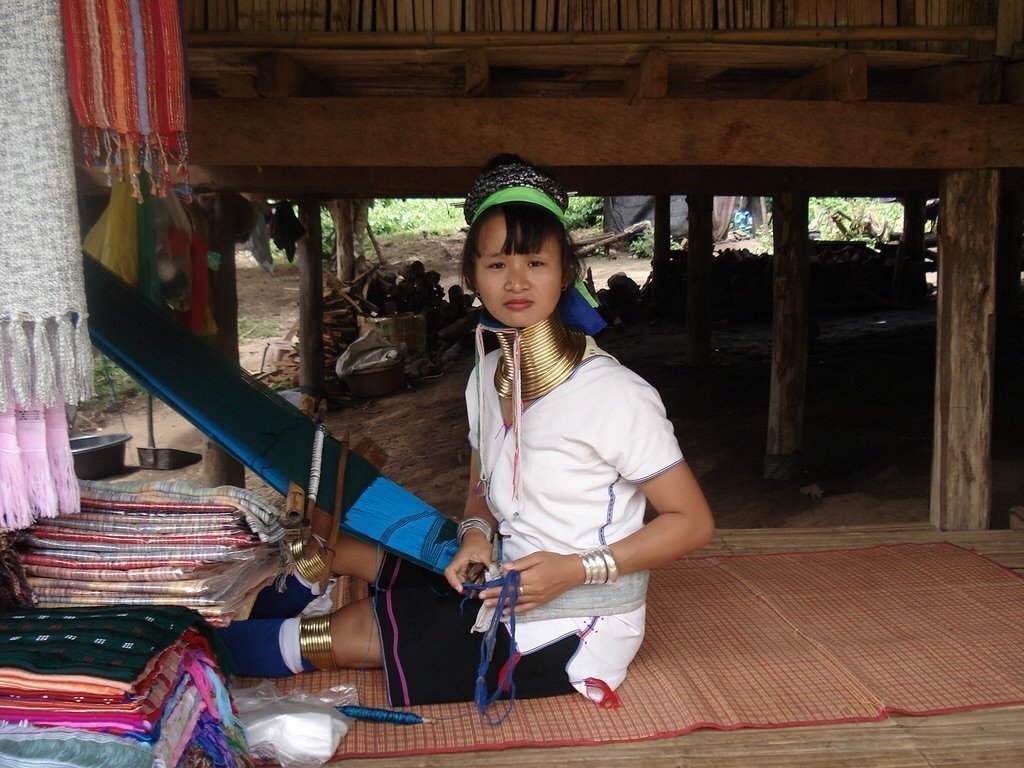 Among the smallest Karen tribes in Thailand are the Karen Padaung. These are a predominant tribe in Burma and there they occupy an entire state of the west central part of that country. They have a long history, much of which is known. The Karen-Padaung occupied central Burma before the Burmese arrived from the North and they, together with the ancient Mon, farmed the Irrawaddy and Salween Valleys and built civilizations based on their unique cultures.

The Karen are often confused with the Red Karen (Karenni), which is one of the tribes of Kayah in Kayah State, Myanmar. One subgroup of the Karenni, the Padaung tribe, are best known for the neck rings worn by the women of this group of people. This tribe resides at the border region of Myanmar and Thailand.

Some of the Karen, led primarily by the Karen National Union (KNU), have waged a war against the central Burmese government since early 1949. The aim of the KNU at first was independence. Since 1976 the armed group has called for a federal system rather than an independent Karen State.