Leicester City are known in Thailand as the Siamese Foxes 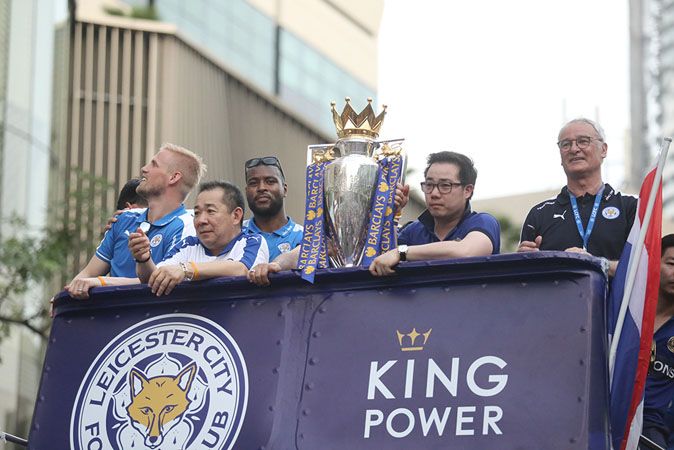 Leicester City get warm welcome in Bangkok. The Leicester City players got a hero’s welcome from the Thai people as they proudly paraded their trophy along Bangkok streets this afternoon.

Starting out at their headquarter at King Power, the team moved through Phaya Thai Road to Ratchaprasong Intersection as supporters cheered on them and spectators snapped photos of the soccer stars.

While the club was largely unknown in Thailand, Leicester City has gained prominent support from the Thai people and is often referred to as a “Thailand’s team” ever since Vichai Srivaddhanaprabha bought it six years ago.

Vichai, one of the richest men in Thailand, owns the duty-free King Power brand. The public viewing of the Premier League was held at his mall in Soi Rangnam on May 7, where over 1,500 fans gathered to cheer on the Foxes.

Anyway, we hope the club have learned their lesson and won’t engage in another explicit act tonight or, if they do, they won’t make a video.