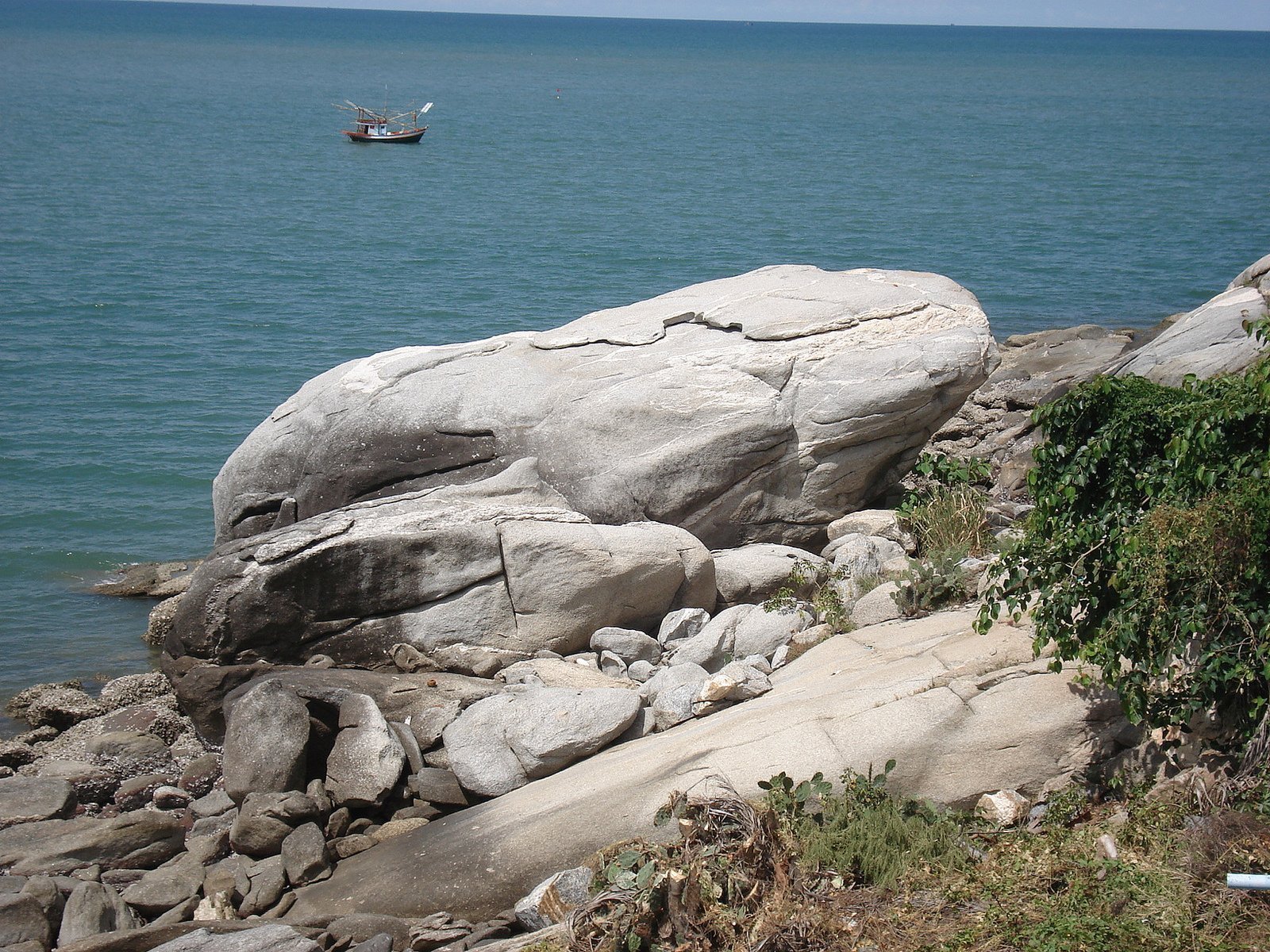 Hua Hin (Thai: หัวหิน, IPA: [hǔə hǐn]) is one of eight districts (amphoe) of Prachuap Khiri Khan Province in the northern part of theMalay Peninsula in Thailand. Its capital, also named Hua Hin, is a beach resort town. The district has a population of 84,883 in an area of 911 km². By road, it is 199 km south-southwest of Bangkok.

In 1834, before the name Hua Hin was coined, some agricultural areas of Phetchaburi Province were hit by severe drought. A group of farmers moved south until they found a small village that had bright white sands and a row of rocks along the beach. They settled there and gave it the name Samore Riang (Samo Riang), which means “rows of rocks”.

In 1921 the director of the state railway, Prince Purachatra, built the Railway Hotel close to the beach. King Prajadhipok (Rama VII) liked the place so much that he built a summer palace there which was later named Klai Kang Won (“far from worries”). From 2004 until 2006 it was the full-time residence of King Bhumibol Adulyadej (Rama IX), however, health issues forced him to return to Siriraj Hospital in Bangkok, where medical facilities and physicians were closer at hand. The king returned to Hua Hin on 2 August 2013. His Royal Highness Prince Krom Phra Naresworarit was the first member of the royal family to build a group of palaces at Ban Laem Hin, called Sukaves, and gave the beach next to his palace the name “Hua Hin”.

In 1932 Hua Hin was part of Pran Buri District as a minor district (King Amphoe). In 1949 Hua Hin became a separate district of Prachuap Khiri Khan. After the building of Thailand’s southern railway connected the district with Bangkok along with various destinations en route, Hua Hin became the first and most popular beach resort in the country.