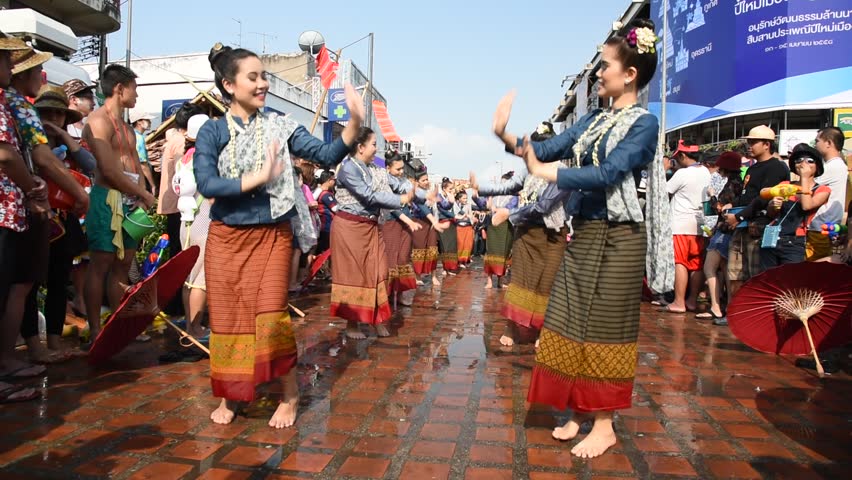 Festivals in Thailand. Currently, Thailand is becoming one of the most attractive destinations which tourists popularly visit every year. “The golden-temple country not only fascinates tourists by beautiful islands, delicious food but it also offers joyfully colorful festivals.

Some features about climate and weather in Thailand by seasons:

Thailand has a tropical climate so it is hot and humid all year around with temperature ranged from 28 to 35 degrees, cooler in the mountains of northern Thailand. There are three main seasons in the year:

Songkran Festival, which is held from 13 to 15 April annually, often associated with traditional New Year of Thailand.
If you have a chance to come to Thailand in hot season (from March to July), surely join Songkran Festival in one of these hottest locations: Bangkok, Pattaya, Chiang Mai, Phuket, Hua Hin.
Here is a Songkran Party List for April this year 2019!

This is the time of Thai people to pay homage to the Buddha, clean their houses, respect to the elder by splashing water. During the festival, the beauty contests and the parades will be celebrated attracting people to participate in.

According to Thai tradition, the more people who fall into water, the more luck they get in the New Year. Therefore, the most impressive activity of the festival is to splash water together. Local people will splash water on each other with buckets, water spray guns, balls and so on. It will become a completely real fighting if you decide to join so be careful with your electrical device such as mobile phone and camera. I highly recommend you to know some dos and don’ts before you attend this water parties.

People splash water together to hope the luck in Songkran Festival

The majority of tourists coming to Thailand in the summer all like to enjoy the atmosphere of the sea breeze and to sink in the cool blue water on an island. Hence, this season does not have any festival which is too much special.

However, if you are in a mood to visit Bangkok to take part in festivals, Khao Phansa Festival – the biggest Buddhist festival taking place in July every year is the occasion that you should not ignore.

Khao Phansa Festival is a Buddhist festival to declare the beginning of Buddha’s settling season about 3 months when Thai monks do not leave pagodas. Thailand with more than 90 percent of the population whose religion is Buddhism is considered as a most vibrant and jubilant place.

Khao Phansa Festival is the biggest Buddhist festival in Thailand.

In this season, there is also candle festival originated from the traditional rituals around the settling season of the Buddhists.

According to the legend, when the rainy season came (from July and lasting 3 months), the farmers started a new crop so the Buddha issued a rule regulating the monks to stop the pilgrimage and to recite the Buddhist scriptures in the temples. The Buddha was afraid that if the monks went out, that would accidentally step on the young rice caused crop failure.

3. Festivals should not be missed in the cool season

The cool season (from November to February) is the season which has most of the interesting festivals in Thailand.

Coming here, you will freely have fun and definitely be overwhelmed by the thousands of lanterns on the sparkling river.

In addition to Yi Peng and Loy Krathong Festival, Surin Elephant festival is also a famous festival and is one of the most special cultures of Thailand. This festival is held on the third weekend in November in Surin – Isaan in Northeast Thailand to be in honor of elephants and the coats of them.

Surin Elephant Festival has many exciting activities such as the parade of over 300 elephants. The elephants will get a chance to perform their talent by dancing, racing, playing soccer and playing tug with humans.

Elephant Festival in Thailand has more than 300 elephants

Above are some upcoming festivals occurring at the end of the year in Thailand. Therefore, if you are about to have a vacation at that time, why don’t you come and have fun with uproarious festivals in Thailand? Perhaps, this article “The introduction of unique festivals in Thailand by seasons” will somehow help you to have a memorable holiday with your family and friends.