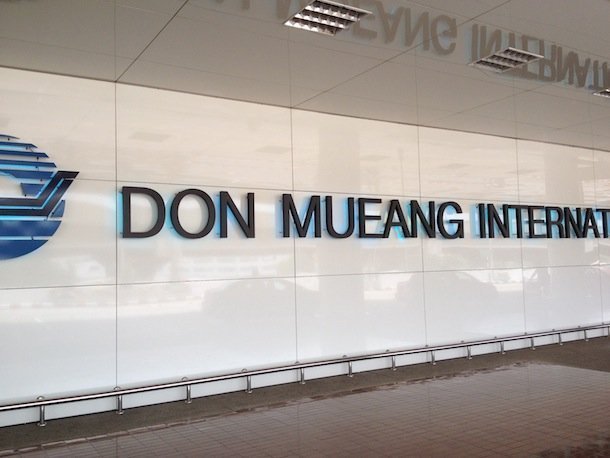 WITH FOOD PRICES AT DON MUEANG FINALLY ABOUT TO COME DOWN, AIR TRAVELLERS CAN FEEL SAFER ON THE GROUND

While travellers using Thailand’s airports have ample reason to feel safe from attack, there is nothing protecting them from the scourge of money-gouging retailers and taxi drivers. There are even people in uniform, badges on their chests, who cannot be trusted. All too often the garb of officialdom is merely the bait of swindlers – fake tour guides, unregistered cabbies and the like.

All of these people appear to operate with impunity under the noses of airport security staff and other officials. Such predatory behaviour has virtually become the norm after years of turning a blind eye. Regular users of the airports are aware of the scams and avoid them with ease, but there is one egregious and infuriatingly blatant practice that manages to ensnare most of us in times of need, and that is the overpricing of restaurant and café food.

This past week complaints from the public grew vociferous enough to stir officials at Bangkok’s Don Mueang Airport to carry out an inspection of the food services on offer there. Airport director Petch Chancharoen, accompanied by representatives of the Department of Internal Trade, the Central Committee on Goods and Services Prices, and the Office of the Consumer Protection Board, witnessed – apparently for the first time – what the public was complaining about.

Food vendors at the airports have a good point when they defend their high prices as a consequence of the high rent they have to pay for the locations. In the public interest, the government should be subsidising that expenditure. It’s not as though it’s depending on rent paid by retailers to build and operate the airports.

Perhaps something along these lines was negotiated at Don Mueang, because, after lengthy discussion, the vendors agreed to reduce their Michelin- star prices. Starting on April 10, instead of paying up to Bt160 for a modest plate of Thai food that would cost a quarter as much at a downtown street stall, travellers will now pay just Bt50. The price of a plastic bottle of water will fall from Bt30 to Bt10.

In short, the food retailers at Don Meuang are scaling down from charges associated with a five-star hotel to ones better in keeping with a public transportation hub.

It’s a good start, and yet troubling. Given the scale of the price reductions, we can only wonder why the costs were allowed to remain so inflated for so many years. On the vendors’ part, perhaps they gouged simply because they knew they could get away with it, since, other than “packing a lunch”, travellers have no other options between arriving at the airport and being served a meal in flight.

Other crucial factors in the delay in attending to such problems include the universal belief among bureaucrats that nothing should be fixed if it’s not actually broken, and the lesser flaw of overlapping and thus confusing areas of responsibility in government.

Whatever the cause, and whatever the excuse, some heartfelt soul-searching is in order, with the interests of the consumer kept foremost in mind. For far too long the consuming public has been scammed and gouged. Action is taken only when the offence is so appalling that it makes headlines. We have seen several clampdowns on taxi drivers behaving illegally outside the airports and overcharging passengers, but as soon as public attention drifts elsewhere, they resume their greedy ways. And officials resume turning a blind eye.

Airports of Thailand Plc, a company owned by the public, has much to account for. It has certainly heard the grievances from the people who pay for its offices and salaries, and yet has turned a deaf ear. If officials at Don Mueang have indeed finally made a dent in the aggravating matter of high food prices, that’s one campaign that needs to extend to Suvarnabhumi as well, and to every other big-city airport in the country where the problem exists.

And from food, AoT can turn its attention to unfair taxi touts, devious tour companies and every other form of scam that turns our airports into shameful, predatory gauntlets that must be cleared to reach safety.