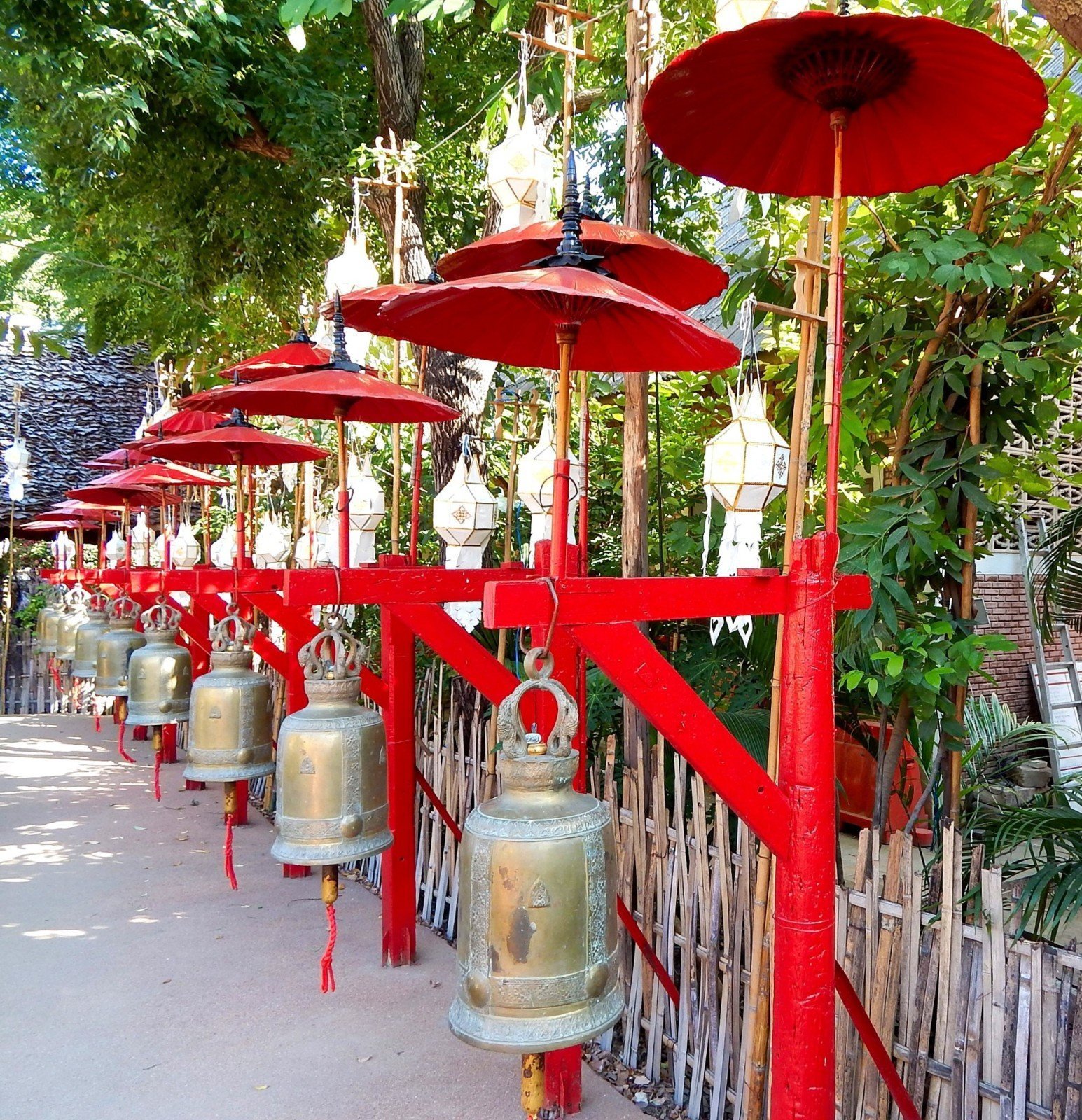 The City of Chiang Mai lies at 300 m elevation in a vast mountainous area. Approximately 700 km from Bangkok, Chiang Mai and its province is known for its relatively high mountain ranges (Doi Suthep, Doi Inthanon, Doi Luang Chiang Dao, etc.), abundant flora and fauna, and cooler weather at higher elevation. The province is one of the country’s largest in area, covering 20,107 square kilometers.

The meaning of “Chiang Mai” is “new city”. It was founded as the capital of the Lanna Kingdom in 1296 by King Meng Rai. Chiang Mai not only served as capital of the kingdom, but also as its religious centre, thus innumerable temples were built there.

Chiang Mai’s historical centre is the walled city (city is chiang in the northern Thai dialect while mai is new, hence Chiang Mai or New City.) Sections of the wall dating to their restoration a few decades ago remain at the gates and corners, but of the rest only the moat remains.

hiang Mai’s northern location and moderate elevation results in the city having a more temperate climate than that of much of Central, Eastern and Southern Thailand. Chiang Mai has a tropical wet and dry climate, tempered by the low latitude and moderate elevation, with warm to hot weather year-round, though nighttime conditions during the dry season can be cool and are much lower than daytime highs. The maximum temperature ever recorded is 42.4 °C (108.3 °F) in May 2005. As with the rest of Thailand there are three seasons.