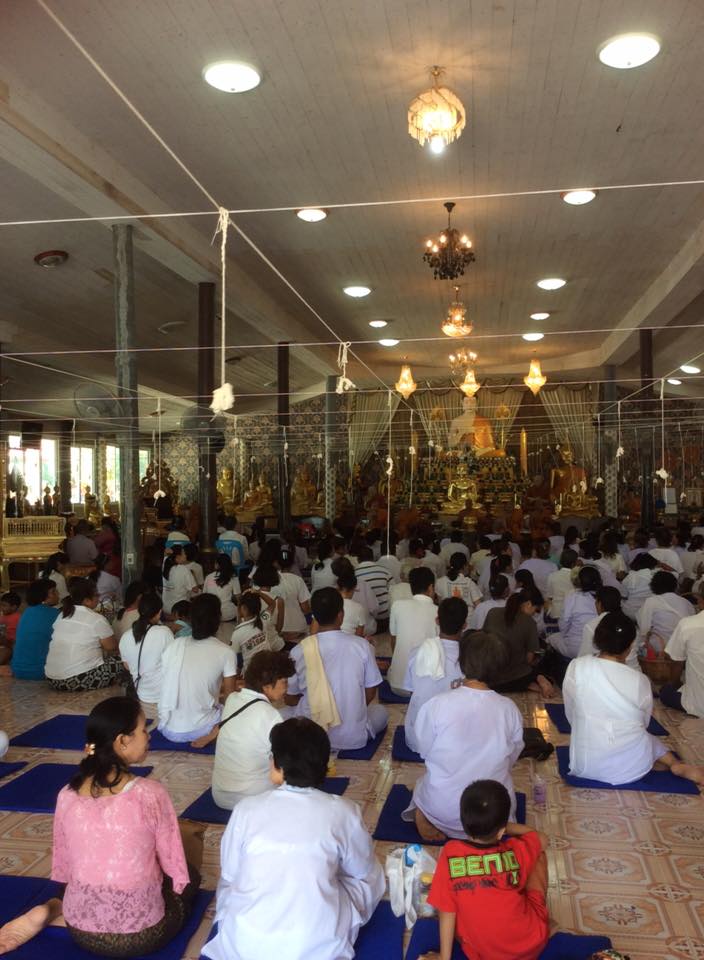 A day at the Buddhist temple

Buddhism in Thailand is largely of the Theravada school, which is followed by 90% of the population. Buddhism in Thailand has also become integrated with folk religion as well as Chinese religions from the large Thai Chinese population. Buddhist temples in Thailand are characterized by tall golden stupas, and the Buddhist architecture of Thailand is similar to that in other Southeast Asian countries, particularly Cambodia and Laos, with which Thailand shares cultural and historical heritage.

During the 5th to 13th centuries, Southeast Asian empires were influenced directly from India and followed Mahayana Buddhism. The Chinesepilgrim Yijing noted in his travels that in these areas, all major sects of Indian Buddhism flourished. Srivijaya to the south and the Khmer Empireto the north competed for influence and their art expressed the rich Mahāyāna pantheon of bodhisattvas. From the 9th to the 13th centuries, the Mahāyāna and Hindu Khmer Empire dominated much of the Southeast Asian peninsula. Under the Khmer Empire, more than 900 temples were built in Cambodia and in neighboring Thailand.

After the decline of Buddhism in India, missions of Sinhalese monks gradually converted the Mon people and the Pyu city-states from Ari Buddhism to Theravāda and over the next two centuries also brought Theravāda Buddhism to the Bamar people, Thailand, Laos and Cambodia, where it supplanted previous forms of Buddhism. Theravada Buddhism was made the state religion only with the establishment of the Sukhothai Kingdom in the 13th century.

Three major forces have influenced the development of Buddhism in Thailand. The most visible influence is that of the Theravada school of Buddhism, imported from Sri Lanka. While there are significant local and regional variations, the Theravada school provides most of the major themes of Thai Buddhism. By tradition, Pāli is the language of religion in Thailand. Scriptures are recorded in Pāli, using either the modern Thai script or the older Khom and Tham scripts. Pāli is also used in religious liturgy, despite the fact that most Thais understand very little of this ancient language. The Pāli Tipiṭaka is the primary religious text of Thailand, though many local texts have been composed in order to summarise the vast number of teachings found in the Tipiṭaka. The monastic code (Pātimokkha) followed by Thai monks is taken from the Pāli Theravada Canon.