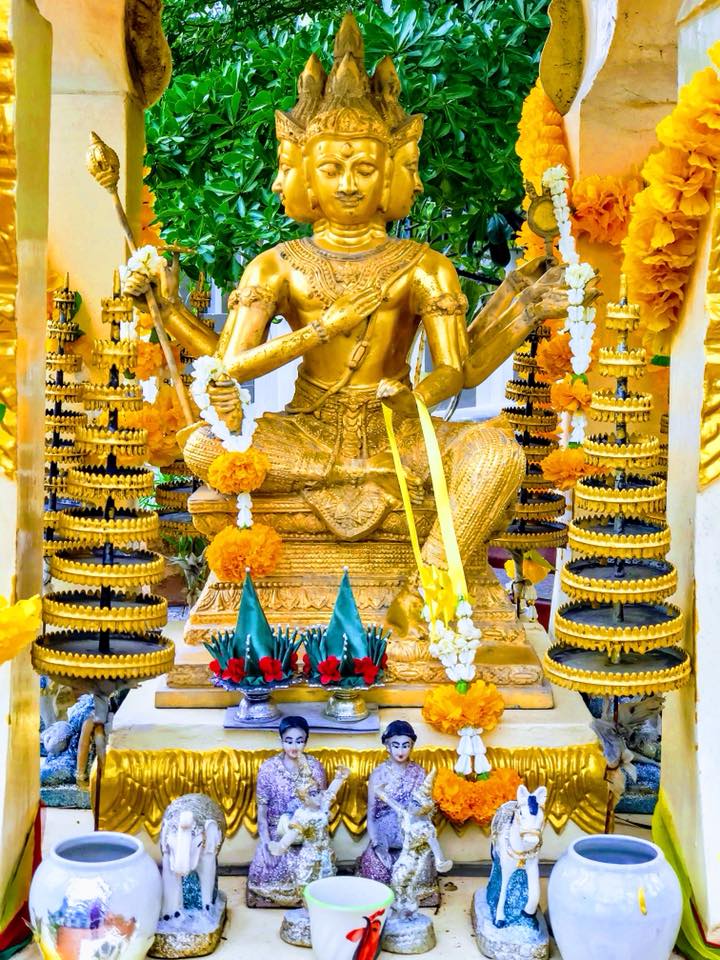 Bramha The Creator is A 4 faced Indian God of Creation

Bramha statues are very prevalent around Thailand with the most famous one being the Erawan in downtown Bangkok, so just who is Bramha? Find out below.

Brahma (/ˈbrəhmɑː/; Sanskrit: ब्रह्मा, IAST: Brahmā) is a creator god in Hinduism. He has four faces. Brahma is also known as Svayambhu (self-born), Vāgīśa (Lord of Speech), and the creator of the four Vedas, one from each of his mouths.

Brahma is sometimes identified with the Vedic god Prajapati, as well as linked to Kama and Hiranyagarbha (the cosmic egg). He is more prominently mentioned in the post-Vedic Hindu epics and the mythologies in the Puranas. In the epics, he is conflated with Purusha. Although, Brahma is part of the “Brahma, Vishnu, Shiva” in Trimurti, ancient Hindu scriptures mention multiple trinities of gods or goddesses which do not include Brahma.

Several puranas describe him emerging from a lotus, connected to the navel of Lord Vishnu. Other Puranas suggest that he is born from Shiva or his aspects, or he is a supreme god in diverse versions of Hindu mythology. Brahma, along with all deities, is sometimes viewed as a form (saguna) of the otherwise formless (nirguna) Brahman, the ultimate metaphysical reality in VedanticHinduism. 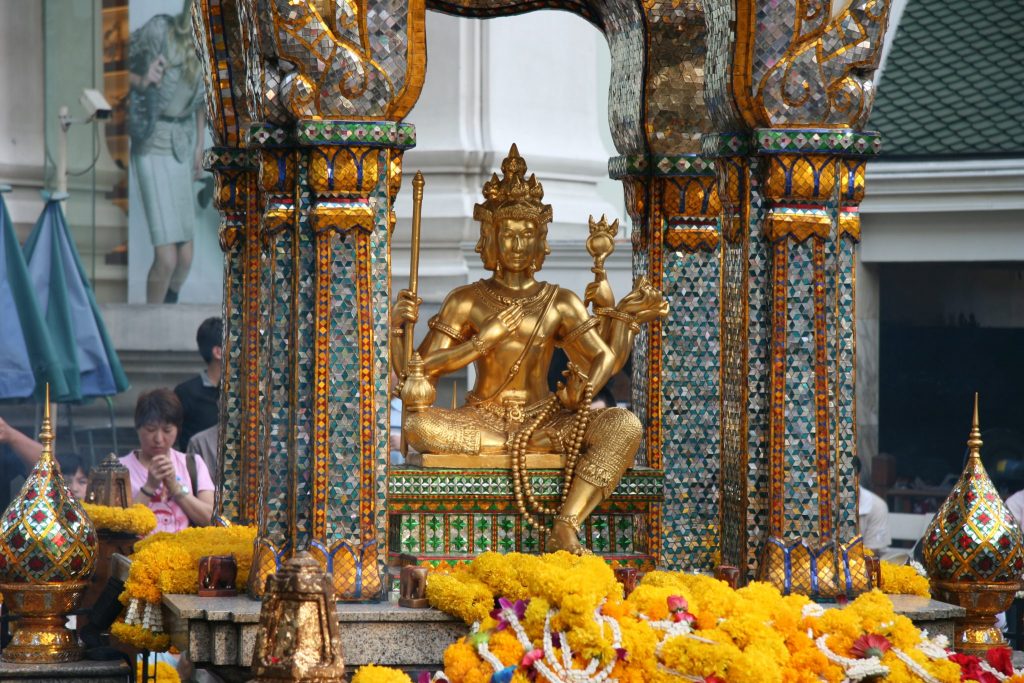 The Erawan shrine in Bangkok

Brahma does not enjoy popular worship in present-age Hinduism and has lesser importance than the other members of the Trimurti, Vishnu and Shiva. Brahma is revered in ancient texts, yet rarely worshipped as a primary deity in India.Very few temples dedicated to him exist in India; the most famous being the Brahma Temple, Pushkar in Rajasthan. Brahma temples are found outside India, such as in Thailand at the Erawan Shrine in Bangkok.