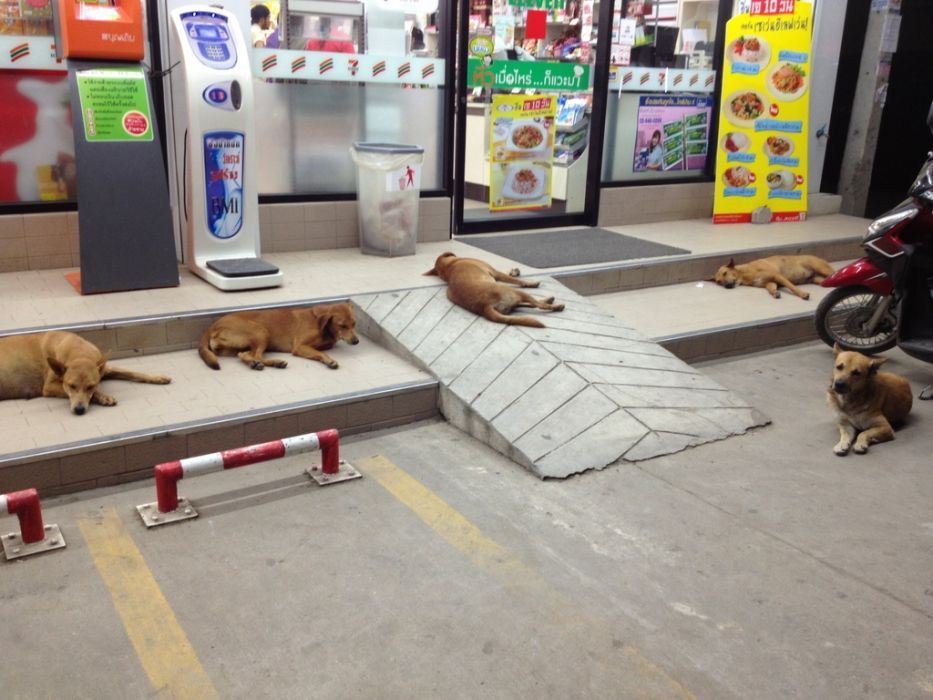 Bangkok Thailand Soi Dog. We’ve come close before. Not long after Ploy (my wife) and I met we discovered a mutual love of dogs (and not those namby-pamby rats who yelp incessantly and, like small Welsh people, are disproportionately aggressive for their size); no, we mean proper dogs, capable of hauling a plough across a sodden field. (We also have a mutual distrust of cat lovers, wondering why people would want such a selfish and arrogant animal for a pet, unless it is to wonder at their ability to lick their own balls, an amusement which, if I had ever mastered it, may have removed my need for the companionship of the opposite sex.)

When Ploy was working in Thailand she actually acquired a dog from a friend, but she soon realised she was unable to take care of it properly as she was out all day so she gave it back to the friend. This thoughtfulness endeared her to me even more as the Thais seem to think dogs are on this planet to endure all of their worries; they live a life of sanuk (fun) whilst the poor dog bears all the worries of the world on their mangy, flea-infested backs.

In Singapore there wasn’t really a chance to own one: Ploy was away a lot, I was at work all day and they were difficult to get permission for: high rise apartments are no place for a dog, anyway. In Canada we came close, once actually visiting someone who had Huskies up for sale. However we decided that this huge exuberant breed would be too much for Ploy to handle (that’s what I decided, as it dragged me through snow drift after snow drift as we attempted to walk it). Also: any fun in owning a dog in Canada is somewhat tempered by having to walk it at 6 a.m. in three feet of snow and a -30degC wind-chill factor.

Once in Thailand we promised ourselves that once we had settled we would get one. A restaurant we frequented advertised puppies and we offered to take one once we cleared space in the house, but someone else beat us to it before the cleaning had even started. What paved the way this time was the neighbour opposite owned a delightfully frisky puppy who was left alone all day. Ploy had started feeding it scraps which naturally endeared it to her and, as the owner left his gate unlocked, I found the puppy more often over here than over there. Finally a friend of a friend had unwillingly adopted (Thai for occasionally fed a stray – soi – dog that started hanging around his house) a three year old Dalmatian with a gammy leg, so today Ploy is to take it off his hands and suddenly we will become the owners of our very first pet. 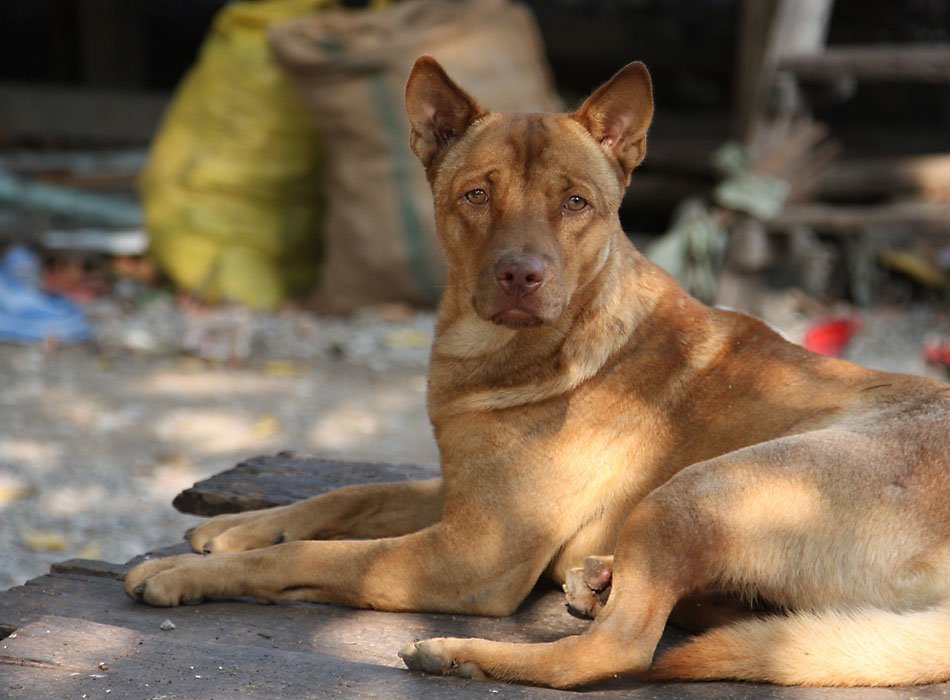 I have yet to see the dog as a write this but I am assured it is ‘na song saan‘ (pitiful) which immediately puts it at the top of any Ploy list. ‘Boy or girl?’ I ask; ‘Girl’ Ploy tells me. ‘Name?’ ‘It doesn’t have one, you choose’ she responds. ‘Has it had injections?’ Sorry, stupid question, forget it. ‘Does it have fleas?’ (Another stupid question. Note to self, buy a box of hydrocortisone cream.) ‘What’s wrong with its leg?’ ‘No idea, but I think it’s one of its back ones’. ‘I think they need all of them’, I suggest, but I don’t push it as I remember Ploy pulling me from work to watch some poor dog on TV wheeling itself around after having both its back legs amputated: I should be grateful we at least have a 3.5 legged dog as the other one clearly wins in the na song saan stakes. ‘Does it have rabies?’ ‘I don’t think so: what’s rabies’. ‘It’s not important; is it pregnant?’ ‘I don’t think so but we could…’. I stop her; ‘does it bite?’ ‘No, not so far’. ‘Is it friendly?’ ‘No, it is na song saan and just lies down all the time looking unhappy’.

So, all the boxes ticked then. We have a flea infested, pregnant, aggressive, sociopathic, probably rabid Dalmatian with a gammy leg.

Before the dog is picked up I have asked Ploy to buy some dog shampoo and a flea collar, a lead, dog food and to cost those rabies stomach injections. Also some titbits so it might actually stay in the house (assuming it isn’t rabid) instead of us frantically chasing it down the road before the local mafia soi (street) dogs adopt it as their bitch of the day. 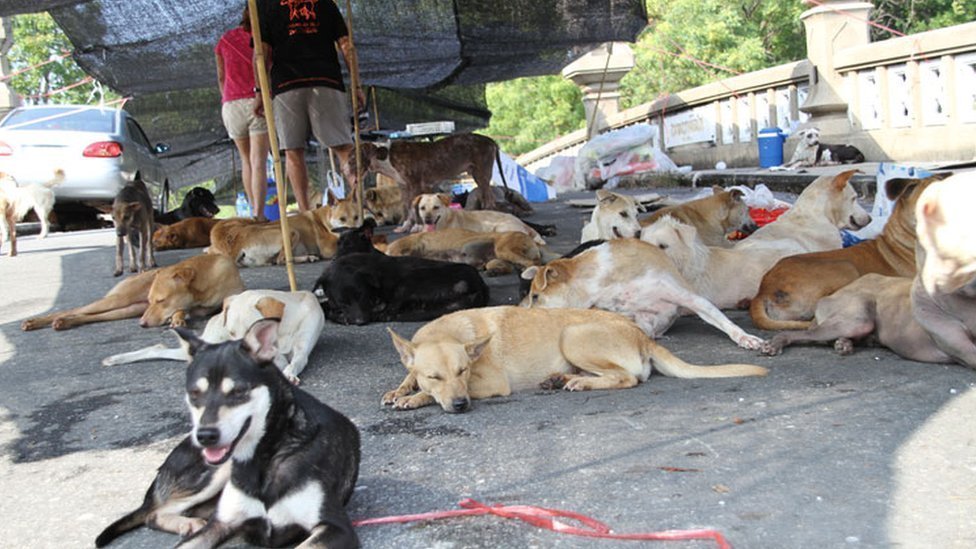 As I write I retain the privilege of naming her although by the time it gets home it will probably already have been named something like Chok Dee(lucky), the ironic name of every dog in this neighbourhood. I like the name Holly, I always have, although I had sort of reserved it for a human. It is also my little victory for having to learn all those language tones and for Thais putting ‘ng’ at the beginning of some of their words. ‘What’s your dog’s name?’ they will ask. ‘Holly’, I’ll say. ‘Horry?’ ‘No, Holly’. And so it goes on.