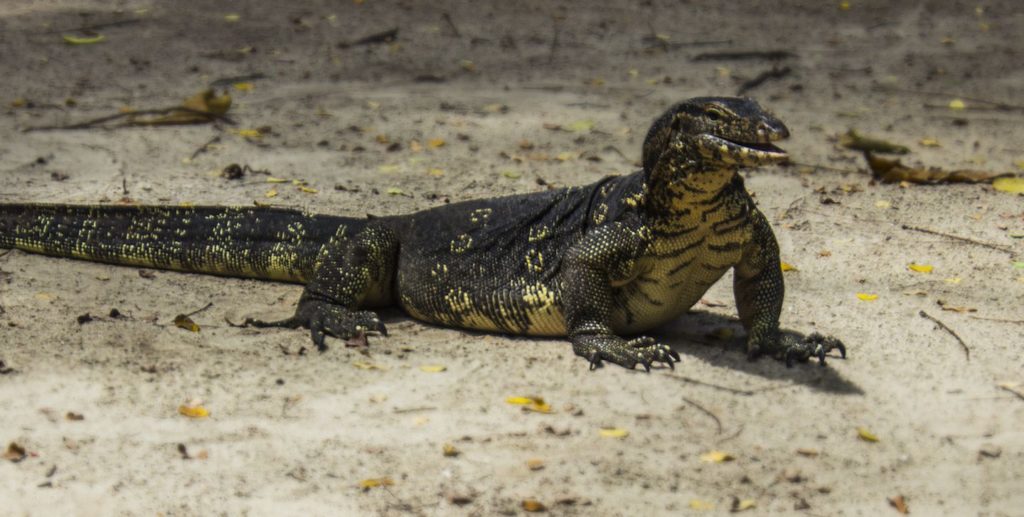 Bangkok Thailand Lumpini Park. It’s not rare to find yourself staring at a monitor lizard when you’re in Thailand, or to hear the occasional scream accompanied by “Hia!” a local nickname for the monitor lizard that also means “F*ck!” in Thai language.

Officials gave 30 state workers a mission today. They were told to catch at least 40 lizards in Lumpini Park in response to complaints they have gotten from scared citizens who work out at the park.

Suwanna Jungroongrueng, director of Environment Department, said there are more than 400 monitor lizards living at Lumpini Park and they have damaged plants, destroyed the ecology of the park, and absolutely terrified runners and cyclists at the park, Nation TV reported.

“Some people were injured because the monitor lizards cut in front of their bicycles,” Suwanna said.

The hunt for monitor lizards began this morning at 9am, and by 11am, they had caught more than 10 lizards. These darling lizards will be kept at Khaoson Wildlife Breeding Center, in Ratchaburi.

When this news was released to the public, however, some people were displeased about the lizards being removed from the park, basically saying we should all leave the hia alone.

“The hia do not hurt anyone. The are friends with staff at the Lumpini Park. I don’t know what kind of policy is this. The City Hall has so many things to do. Why waste time with hia?” Nipon Boonyapattharo, vice president of We Love Lumpini Park Foundation told Matichon.

Sure, but if one comes banging on your door begging to come inside during a rainstorm, we’re pretty sure you would be glad to see it leave.