Screenshots from the video 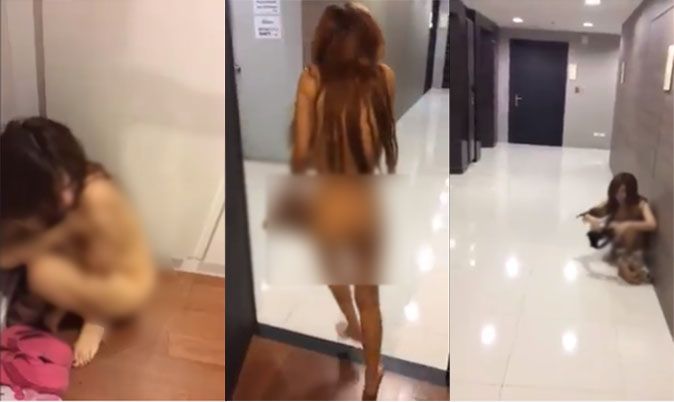 In the hottest sex scandal to captivate social media this week, the model girlfriend who kicked her boyfriend’s mistress out of their Bangkok condo naked has been charged for acting out in possibly the most heartbreaking moment in her life.

Viraluk “Manao” Sutthiprapar, a pretty model and contestant in Miss Maxim 2015, was summoned by police this afternoon and charged with defamation and “compelling another person into action” this afternoon.

In this case, that would be forcing the girl to drop a blanket and walk out of the Huai Kwang condo naked. 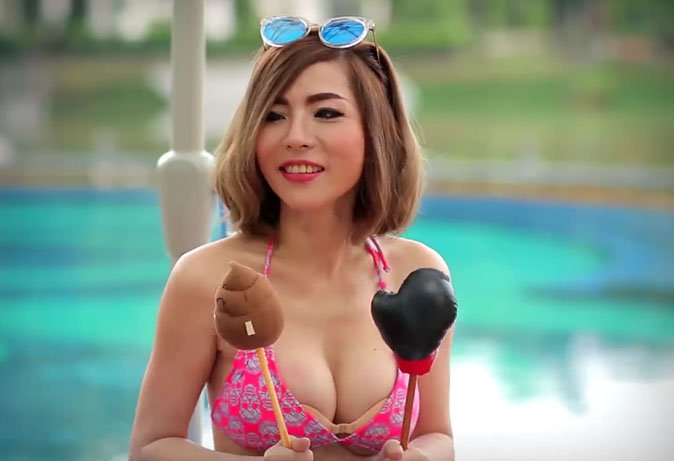 Viraluk admitted to filming the incident when she returned to the condo she shared with her boyfriend and caught him having sex with another woman. However, she claimed she only sent the video to one friend and lost her phone after that. She denied releasing the shameful clip online.

Viraluk will likely be charged with violating the Computer Crime Act as the police continue investigating the matter.

Sompong added that the police have questioned the girl in the video, Saranya Saeharn, 24. She said that she went to Viraluk’s condo to meet a friend on July 30, who was supposedly at the condo, but ended up having sex with Viraluk’s man instead, Nation TV reported.

Although Saranya said in the video, she was “hired” to be here, Saranya later denied being a prostitute and said she was only a promotional model, according to TNews.

Actually, after becoming famous from the video, there have been some posts on social media urging businesses to hire the girl for modeling gigs.

“Thank you guys for contacting her for work. Anyone who wants to help her or hire her can contact her on Facebook. If you don’t like it, go away. Stop being dramatic. I want my girl to get more jobs,” the post said.