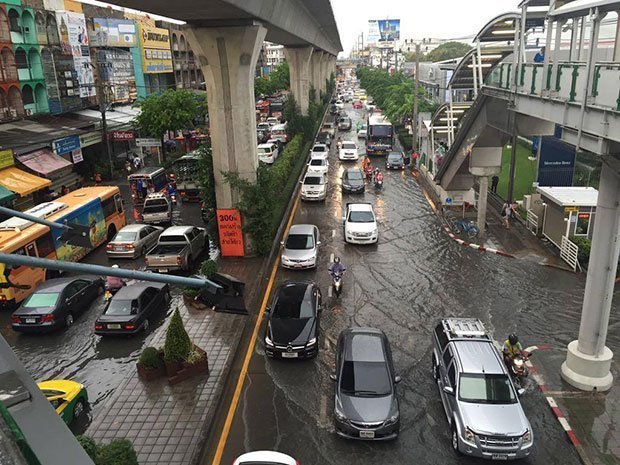 A heavy overnight downpour that lasted more than five hours caused traffic chaos and disruption throughout Bangkok. At least three schools simply announced they were closing for the day. Floods at Monday…

At least three schools simply announced they were closing for the day.

Floods at Monday morning rush hour extended from Rama 4 Road and Asoke to Ratchadaphisek and in the east as far as Samut Prakan’s BTS Bearing BTS station.  The rain began before 2am in many areas, and…

According to traffic radio station JS100, Bangkok city clerk Sanya Chenimit said Klong Toey received the heaviest rainfall, with 136mm between 2am and 5am. The Bangkok Metropolitan Administration said.

Several streets and locations turned into canals today after the atmosphere above Bangkok went totally liquid around noon.

Residents were forced to commute in rubber boots or creep through deep water in their shiny cars along a number of roads.