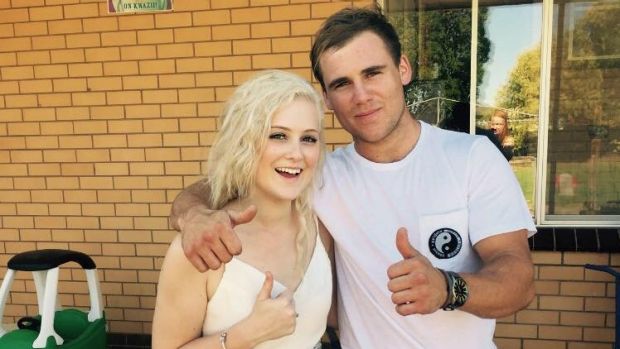 Aussie Keating trial. Fears have been raised that Australian tourist Thomas Keating will be stuck in Thailand for a further four months until the Phuket Provincial Court hears the evidence against him at a court hearing scheduled for June.

Keating has already entered a plea of guilty to the court to the charge of reckless driving causing death for the jet-ski accident that killed his girlfriend of two years, Emily Collie, on Feb 17.

Aussie Keating trial over death of girlfriend. Collie and Keating.

However, according to the Phuket Provincial Court public register, Keating must present himself in court at 10am on Friday, June 23 to hear the verdict for or against him.

A court official said Friday that although Keating has entered a plea of guilty, the court will still have to receive the evidence against him and then hand down its verdict.

“Presently, Thomas Keating has been released on bail by the court, but his passport is being held by the court and he can’t go out of the Kingdom of Thailand during this time,” the court official said.

The official declined to reveal the amount of bail posted to release Keating.

However, the four-month delay in the trial does not concur with the understanding explained by Maj. Patiwat Yodkwan of the Karon Police as recently as Monday of last week.

Last Monday, Maj. Patiwat confirmed that Keating had presented himself in court and acknowledged the charge of reckless driving causing death made against him.

“It will still take a further four or five days for the court to reach a decision in this case against Keating as judges still have to examine all documents and evidence relating to the case,” Maj. Patiwat said.

“The Australian Government is unable to interfere with the sovereign legal processes of other states,” the spokesperson said.

Keating has expressed “unbearable sorrow” over the death of Collie, his 20-year-old girlfriend of two years from the north-east Victorian town of Kyabram.

“This was a tragic accident. However, I take responsibility for what happened,” Keating said in a statement several days after the crash.

“And I have decided that the best thing is to accept a charge of reckless driving leading to death. I would like to express my unbearable sorrow at the loss of my soulmate, Emily, who I loved more than anything in this world, as well as my never-ending apologies and condolences to Ian and Sally Collie and the rest of their family.”