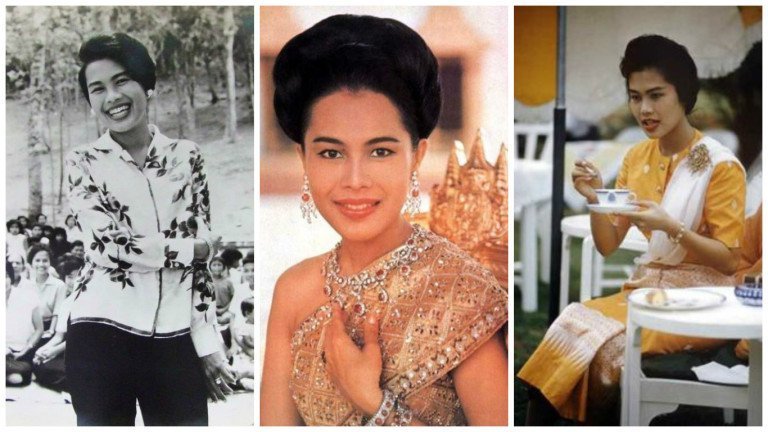 August Festivals Across Thailand. While July is undoubtedly the month of candles and Buddhist lent, August is the month for the deceased to return to this realm.  Getting to the bottom of the actual dates of any event in the Kingdom is never easy, with the dates determined by all manner of calendars and other strange and wonderful reasoning. See more.

Listed here are the biggest and best events across Thailand in August with links to more of our posts on each subject and links to what’s happening in each province and how to get there.

When: 12th August every year

Where: Across the Kingdom

While Mothers Day is celebrated across the world on various days, most commonly in the months of March or May, here in Thailand it is celebrated annually on the 12th of August and is known as “Wan Mae” (literally Mother’s Day).

Mother’s Day was first introduced to the Kingdom on 15th April, 1950. Later in 1976, it was changed to 12th August to commemorate the birthday of Her Majesty Queen Sirikit, Queen Regent of Thailand and the Mother of all Thai people.

While the monarchy in Thailand are deemed as semi-divine, this is not the only reason the people love their King and Queen. Her Majesty is venerated through-out the Kingdom for her compassion and goodwill.

The annual Por Tor Festival, known in Southeast Asia as the “Hungry Ghost Festival” is celebrated through-out Thailand with the biggest festivals held in Bangkok, Phuket and Chiang Mai (for details of major dates and locations of the events in Phuket click here.

This festival should not be confused with the purely Thai festival of ‘Offerings to the Dead’ or ‘Sart Day’ which occurs around the same time each year.

The festival begins on the 15th day of the seventh waxing moon according to the Chinese Lunar Calendar. It is an important merit-making occasion for the Thai-Chinese people, who many believe that the spirits of their ancestors return to visit their relatives once the gates of hell are opened and the spirits of hungry ghosts are allowed to roam the earth.

At the heart of the festival is the belief that families of the living can help ease the suffering of the spirits of deceased relatives who were perhaps less than pure in heart and in their actions during their lifetime and are now trapped in any one of the 18 layers of hell, found in Buddhism and traditional Chinese folk religion.

It’s also a time to honour those lost souls set adrift in the beyond who might have died suddenly or far from home, or otherwise weren’t given a proper passage from life to death.
During the festival believers offer food including fruits and colourful desserts, which along with candles and paper money are placed at altars not only for their own ancestors but also to honour the spirits who have no living family to visit. See More.

While there are many public events across the Kingdom, most Por Tor events take place in the family home. These normally consist of an elaborate meal laid out for the dearly departed. Traditionally, plates of rice are set around the table for each of the visiting ghosts, with an incense stick placed into each meal. Once the incense has burned through, the plates can be removed as this signals that the spirits have satisfied their hunger and the living relatives are then free to gather at the table to dine.

The Ang Thong International Drums Festival is an annual event held in what is known as the Kingdoms Drum-making Village.  The locals of Ban Phae are renowned for their production of drums, which they would traditionally make at the end of the harvest season as a secondary form of income. While this is still the case for most of its inhabitants, so much so that many shops are only open seasonally. This festival is an event to show case the local peoples long mastery of this art of drum making.

During the normal 3 days of celebrations you can find many demonstrations and parades, including the Wai Khru Klong Ceremony, majestic drums procession and a nightly mini light-and-sound presentation, telling the “Legend of the Drum-making Village”.

The festivities also includes both regional and International drum and cultural performances. For more on this event click here

When: End of August until the beginning of September
Where: The mountains of Chaing Rai Northern Thailand

The 80,000 or so Akha people who now reside in the mountains of northern Thailand and are now known colloquially as one of Thailand’s ‘Hill Tribes’ once had their own Kingdom in what is now China, but over centuries of persecution, slavery and prejudice (the latter is still evident today) they find themselves still fighting to keep their own unique identity.

Swinging for fun and the dead

Perhaps the most important annual festival for the Akha people is commonly known as the Swing Festival. The four-day festival comes in late-August  and is known by the hill tribe people as, Yehkuja, (or Loa Cher Bee Err) which loosely translates as “eating bitter rice”, a phrase which is believed to be a references the previous year’s dwindling rice supply and incorporates the hope that the expected rains will soon water the newly planted rice crop.

Festival activities include ritual offerings to the family ancestral spirits at the ancestral altar in a corner of the women’s side of the house. (Akha life is segregated by gender both in the home and in common areas). The swing festival is particularly important for Akha women, who eagerly wait the opportunity to wear the clothing and the ornaments they have spent all year making and to show, that they are becoming older and of marriageable age.

When: annually during July – August

The Fair features activities relating to agricultural-industry, including sales of goods produced from in the Southern provinces. There are a number of produce contests, and various demonstrations of farming techniques and local handicrafts.

When: The merit-making festival is held annually around August–September

Where: Around the Dragon Descendents Museum  Suphanburi Central Thailand

There are also numerous traditional Chinese monk merit making ceremonies, a lantern parade, releasing fish and birds ceremonies, plus Chinese exhibitions, including Chinese opera, lion dancers twisting and turning high above the crowds on stilts. To add to the fun there is a traditional Thai fair and of course a mass of vendors selling a multitude of different local food, drink and handicrafts.

White-water Rafting at Kaeng Hin Phoeng Festival is an annual event and during the rainy season, the water level is practically high, providing a faster flow, cleaner rapids, and generally less hazardous conditions. Through-out the event, there are a number of rafting competition.

A vibrant mix of 4 cultures, that have been blended over centuries and is showcased in this musical extravaganza

When: The festival is held annually on the first weekend of August

Where: On the grounds of the Yala Municipal Office. Yala Southern Thailand

This eagerly awaited annual event is packed with Folk cultures from the various groups, in what is the only landlocked province in the south of Thailand, with its southern region bordering Kedah and Perak of Malaysia. The festival is awash with sound and performances that blends Thai, Muslim, Indian and Chinese Musical Performances. For more on this eventclick here

It is here during the rainy season when the blossoms of the wild Krachiao flowers (Siam Tulip), cover vast areas of these two national parks in a vibrant purplish pink colour. The festival also includes a selection of nature tours and treks around the national parks along with local performances and music concerts. There will be a vast array of booths selling local indigenous handy-crafts and delicious food from the Chaiyaphum province. The best time to visit the fields of flowers is early in the morning when the dew is still on the ground and the early morning rays bounce of the just washed blooms.

The former Thai capital city of Sukhothai will once again present a series of the mini-light and sound presentation with one show per month scheduled between February and September 2016. The show consisting of classical Thai folk performances, a fireworks display and a Loi Krathong scene starts from 19.00 hrs and lasts about 1.5 hours.

Visitors can listen to the narration in several languages during the event; including English, Japanese, French and German. The event is all about joining in and taking part in the festivities and visitors are welcome to take photographs with the performers, or floating a krathong or launching a hot-air balloon and Best of all its FREE.

Sukhothai, which literally means “dawn of happiness”, is located 439.7 km north of Bangkok or about four-five hours by car or 1 hour 15 minutes by air.

If you need your adrenaline fix then try this river for rafting. During the rainy season (don’t let the rain put you off it never lasts long and you will be wet anyway!) nature brings new life to the river that originates from the Phetchabun mountain range and the rapids become a wonderful (if at time scary) joyride. The full course is 8 kilometres long and takes around 2-3 hours, the course is divided into 1 – 5 difficulty levels, with 17 rapids.

The province of Trang is famous nationwide for its mouth-watering food, which it showcases in this annual Cake Festival. The small rural village of Ban Lam Phu Rais is renowned for their delicious cakes and scrumptious sweets, made using recipes that date back several generations, these frosting-free cakes have a special characteristic in that the texture is similar to kanom kha Plai, in which Rice Flour is mixed with Toddy Palm and Shredded Coconut.

These cakes come in many flavours, including orange, coffee and coconut. Apart from these delicious sweet treats, there will be numerous other locally produced food and drinks and hand-made gifts on sale plus a colourful parade and a number of demonstrations on cake making, along with different stage performances.

The Rambutan with its strange hairy skin and pale fruit is celebrated once a year by the people of Surat Thani, who in turn have been growing this deliciously sweet gem for almost 100 years. The fair is a blaze of colourful displays of local handicrafts, fruits and ornamental plants and an equally vibrant parade of floats bearing more of the same. There are also demonstrations from trained monkeys used to harvest coconuts along with an open air Thai Fair with traditional games and rides.

The event will highlight a wide variety of local food and international delicacies cooked by professional chefs from participating hotels and restaurants in Hua Hin and Cha-am.

Throughout three-day, the event will showcase professional skills from talented kitchen staff in a series of competition, including ice carving, vegetable and fruit carving, and cooking.