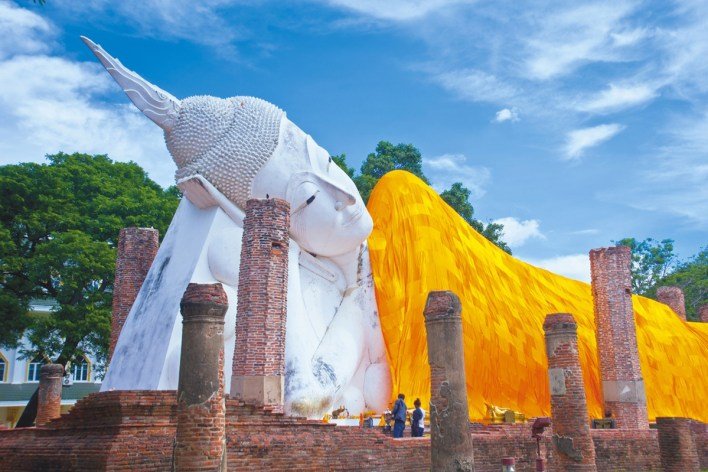 Ang Thong province, one of Thailand’s 55 secondary destinations identified by the Tourism Authority of Thailand (TAT) for its authentic local Thai experiences, is steeped in history and perfect for a day trip or an overnight launch pad to explore neighbouring Ayutthaya.

Credits The Tourist Authority of Thailand

With its selection of markets, temples and hip attractions, Ang Thong province offers the quintessential ‘eat, shop, pray’ travel experience. It is also considered a province that has preserved its history and thus retains the integrity of its local Thai lifestyle for visitors to enjoy in real time.

The province features a culturally diverse community and is known for its hospitality to visitors. Although Ang Thong continues to grow at a rapid pace like many communities in Thailand, it retains a small town atmosphere with many interesting attractions.

Most travellers know about Ang Thong’s historical link to the Ayutthaya Kingdom, and it provides a backdrop for numerous attractions. It was historically known as Wiset Chai Chan and was an important border town located 33 kilometres northwest of the former Ayutthaya Kingdom. It was strategically positioned as a frontier outpost covering the northern approaches to Ayutthaya against any Burmese incursions with the Noi River serving as a natural obstacle for advancing troops.

While the province’s famed Wat Muang (Rattanakosin period construction from 1812) is known for many things, it is also home to the largest sitting Buddha image (95 metres high) in Thailand. On a clear day, the image can be seen from kilometres away towering over emerald green rice fields in the rainy season. Besides the imposing statue that dominates Wat Muang, there are other wihans and statues in the garden, including a large square with two ghosts and torture scenes behind them. This temple is very social media friendly, which makes it extremely popular with local Thais and international travellers to Thailand.

San Chao Rong Thong Market is a must-visit for cultural vultures and foodies. It is the heartbeat of an old Chinese community that migrated there during the 19th century. It is famous for the abundant variety of Thai sweets, many that are hard to find or only native to Ang Thong province. Every Saturday from 4.00 p.m. to 9.00 p.m., the Talat Noi part is converted into a pedestrian street selling a variety of handicrafts and other locally made goods to generate revenue for local communities in support of TAT’s sustainable tourism initiative.

Wat Sang Kratai, located about two kilometres west of the Ang Thong city centre, dates back over 400 years and was constructed during the Ayutthaya period. It was abandoned for more than 100 years before being rediscovered. Highlights include four spooky Pho trees at each corner holding up the crumbling buildings, growing out of the ruins like Ta Prohm in Angkor Wat, Cambodia. This makes it very photo friendly and highly Instagramable.

History buffs travelling through Ang Thong should not miss its Museum of Ang Thong Legend with its up-to-date multimedia exhibition displayed across nine rooms each named according to the following themes: History of Ang Thong Legend, Bright Legend, His Prestige for the Thai People, Valuables, Heroic People, City’s Value, Love the City, Thai Identity and Buy Local Products.

The Ban Bang Sadet Court Doll Centre was initiated by Her Majesty Queen Sirikit The Queen Mother in 1976 to help local villagers earn supplementary income. Visitors are invited to observe court doll production in villagers’ homes as the co-operative system has a work from home philosophy. Some members have souvenirs on sale that are available at a fair price. The lay figurines depict the Thai-style slice of life and culture; such as, Thai children at play, a traditional Thai orchestra, or various types of Thai fruit.