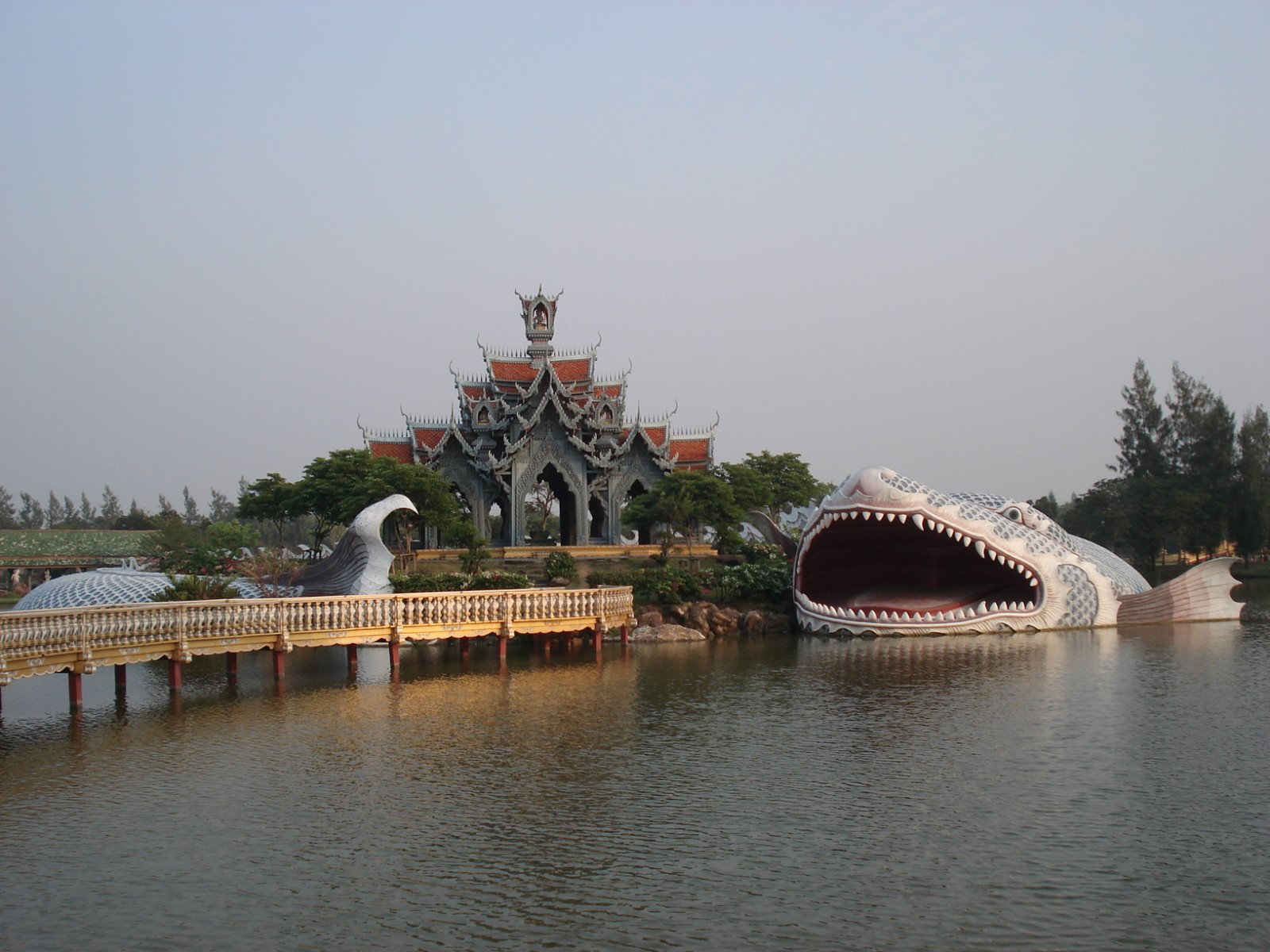 Ancient Siam, Samut Prakan, Bangkok (also known as Ancient City)(Thai: เมืองโบราณ, Mueang Boran) is a park constructed under the patronage of Lek Viriyaphant and spreading over 200 acres (0.81 km2) in the shape of Thailand.

The founder’s original idea was to create a golf course with miniatures of Thailand’s historically significant structures spread around the course. During his research he found most structures being severely damaged over time and decided instead of creating new miniatures to save the original structures when possible or re-creating them full size or scaled down.

Ancient Siam is dubbed as the world’s largest outdoor museum. Situated close to the Crocodile Farm in Samut Prakan province, the 320-hectare city features 116 structures of Thailand’s famous monuments and architectural attractions. The grounds of Ancient Siam correspond roughly to the shape of the Kingdom, with each of the monuments lying at their correct places geographically. Some of the buildings are life-size replicas of existing or former sites, while others are scaled down.

The replicas were constructed with the assistance of experts from the National Museum to ensure historical accuracy. Outstanding works include the former Grand Palace of Ayutthaya (destroyed in the Burmese invasion of 1767), Phimai Sanctuary in Nakhon Ratchasima, and Wat Khao Phra Viharn on the Cambodian border.